12 Interesting Asian Women In Blockchain To Follow (Part I)

Women in Blockchain: 12 Interesting Asian Women In Blockchain To Follow

“Think like a queen. A queen is not afraid to fail. Failure is another steppingstone to greatness.”

Women in Blockchain: Where Have All The Smart Ladies Gone? Diversity in our current blockchain industry is a hot-topic these days, given the huge ratio discrepancy between males and females.

Thankfully, a global support system for women by women has encouraged many female professionals to make great impact in the field, especially in Asia. Various approaches are taken so as to introduce more women to blockchain technology via networking as well as events like hackathons, conferences, hacknights as well as various business seminars.

Presenting The 12 Interesting Asian Women in Blockchain To Follow!~ 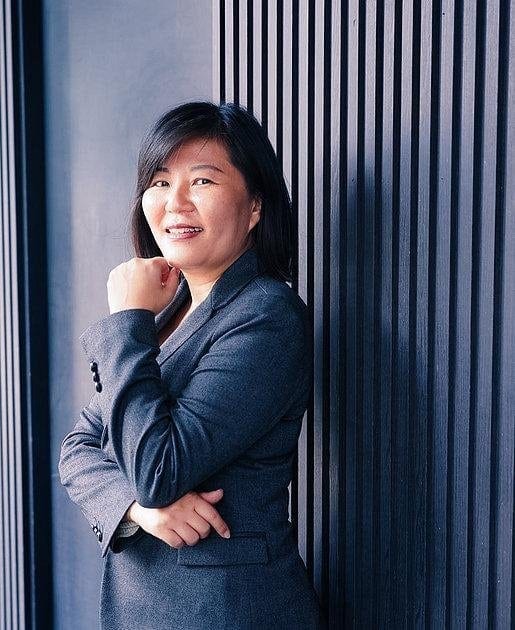 Karen New is an innovator, entrepreneur, speaker and book author. As a blockchain enthusiast, she sits as a member on multiple ICO boards such as Surety.ai and Geomain.org. She has also been working as an advisor to many ICOs projects, especially those based in Asia. She is currently an adjunct lecturer at the Singapore FinTech Association on Crypto Literacy, and an Oxford alumnus.

One of her books is New Assets 2.0– be sure to get it! She is also preparing to publish her a 2nd book called “New Village” to get people to be ready for the blockchain revolution. Readers will be able to learn and even experience the Blockchain Technology in their daily life. 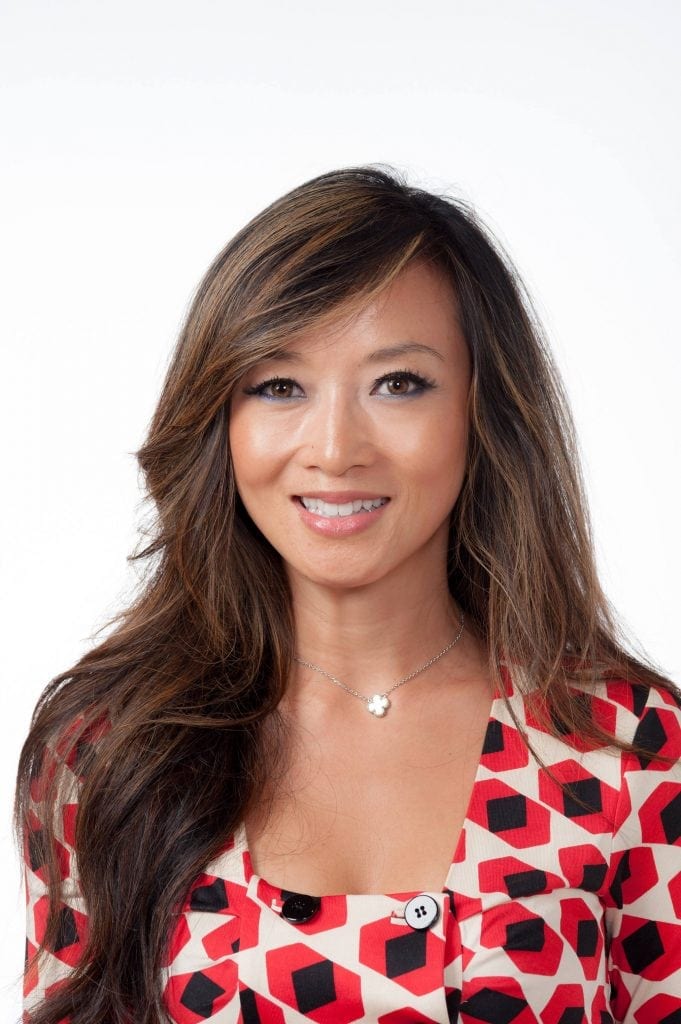 Alice Chen is the co-founder and Chief Legal Officer of Investacrowd. InvestaCrowd is a complete, operational real estate crowdfunding platform backed by 500 Startups and holds a Capital Markets Services (CMS) license from the Monetary Authority of Singapore. InvestaCrowd is currently tokenizing assets and building a securities token exchange for tokenized assets.

Alice also co-founded RealFuel, a blockchain project which aims to provide everyone access to one of the world’s largest and most secure asset classes—commercial real estate—by removing intermediaries and creating a more efficient and transparent real estate investment process.

Alice is actively engaged in the blockchain industry, often lobbying and providing feedback to regulators in pursuit of furthering the industry, and regularly speaks in the areas of Fintech and entrepreneurship. She is a founding council member of the Global ICO Transparency Alliance (GITA Foundation), a non-profit organization aimed at self-governance and promoting a sustainable ecosystem. She is also Director of Special Projects and a committee member of the Regulatory Subcommittee for ACCESS (Singapore Cryptocurrency and Blockchain Association).

Alice Chen is born in China, grew up in the US, now based in Singapore. Alice has over 16 years of legal experience both in private practice and in-house including prominent international law firms DLA Piper in Los Angeles, and Skadden Arps in both Tokyo and Shanghai. She has worked on over US$2 billion of real estate transactions across multiple countries and deal types. You may connect with her on LinkedIn here. 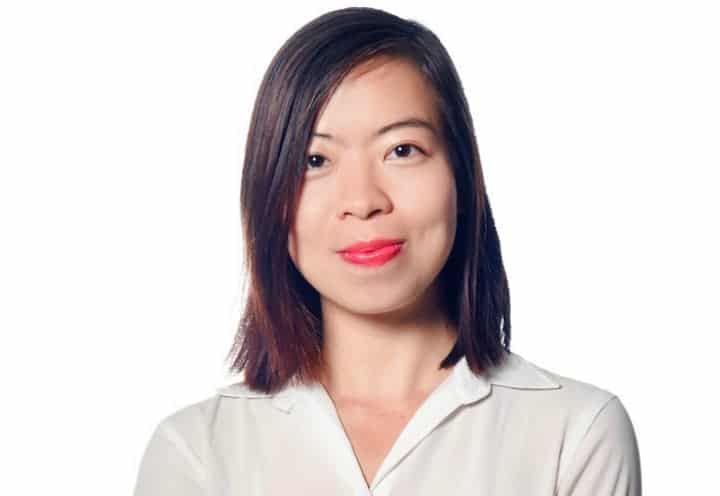 As the previous Head of Marketing at Infinity Blockchain Labs, Nicole was entrusted to leverage her profound understanding and extensive network to develop blockchain and tech startup ecosystem in Vietnam. 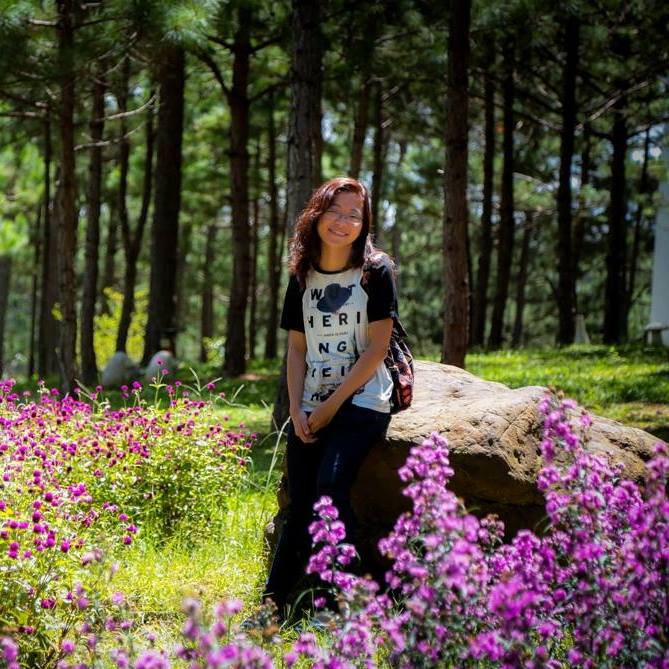 Nguyen Ngoc Minh Thy is one of the exceptional women in Vietnam that has played active role in the development of blockchain. She is working on event organization and management, digital marketing for blockchain startups when they come to Vietnam such as Greenx.network, Alfaenzo.io, wisepass.com.

She is now working with fenhance.com and blockventures.asia along with two other gentleman and lady. She finds it an amazing experience to run networking and education events about Blockchain technology in Vietnam. F’enhance is global network of startups community that aspires to inspire, educate, network and invest in tech innovation .

Thy is known as Vietnam Local Chapter Director who in charge of organizing education and networking events for her blockchain community. 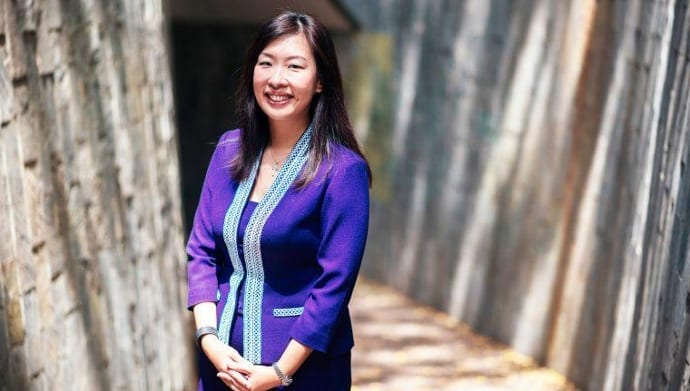 Violet Lim is the first Asian to be certified by the Matchmaking Institute in New York City, She has appeared in several televisions, radio, and media coverage and featured in local and international media like ABC News 20|20, CNBC Asia, BBC, The Straits Times, Bloomberg and Radio Australia. She was likewise featured in the National Day video in Singapore as one of Singapore’s most inspiring individual.

Violet Lim observed that her family, colleagues and friends have complaints about having little time for love due to their busy schedules. This convinced her to set up her matchmaking company Lunch Actually in 2004.

Today, Lunch Actually is the biggest dating company in Asia with offices in Hong Kong, Singapore, Kuala Lumpur, Jakarta and Bangkok with the highest number of dating membership base. Violet and her husband Jamie subsequently founded Esync and LunchClick so as to bridge the gap between online and offline dating service platforms. The establishment of Lunch Actually Academy seeks to provide singles with Dating and Image Consultancy and Lunch Actually Platinum provides high-end matchmaking services.

Viola.AI is her latest creation. Viola.AI harnesses on artificial intelligence and blockchain technology to be the World’s first Relationship Registry and Love AI. It will help singles and couples worldwide have happier, long-lasting relationships. 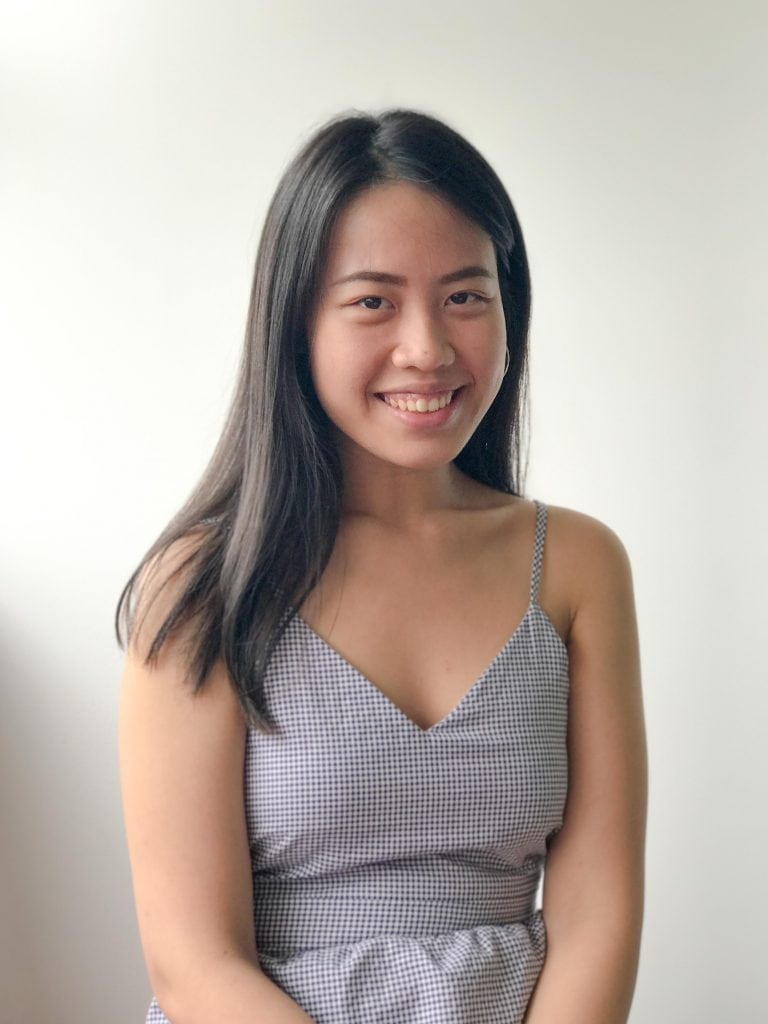 Marjorie Poon is currently the Co-founder and Operations Director of DIFY a local creative agency that specialise in blockchain PR and Event. Transitioning from the fashion industry to an entirely new field may present a challenge to some people, but for Marjorie Poon, it’s her chance to prove her mettle.

No stranger to startup culture, Marjorie cut her teeth with local fashion brand Love Bonito, handling operations at the company. While she was happy with the B2C environment, there was a certain element that she felt was missing in her work. Presented with a chance for change, Marjorie took the plunge and joined another startup, this time in the Blockchain industry where she was thrown into the deep end of the pool almost immediately upon joining.

Her work ethic, coupled with the desire to do more gave her a clearer insight of the type of job she wanted to do. Opportunities soon came knocking and Marjorie was invited to be a partner at a brand new startup. With her wealth of experience gleamed from both the B2C and B2B sectors, Marjorie brings a whole new set of skills honed over the years to her current role. 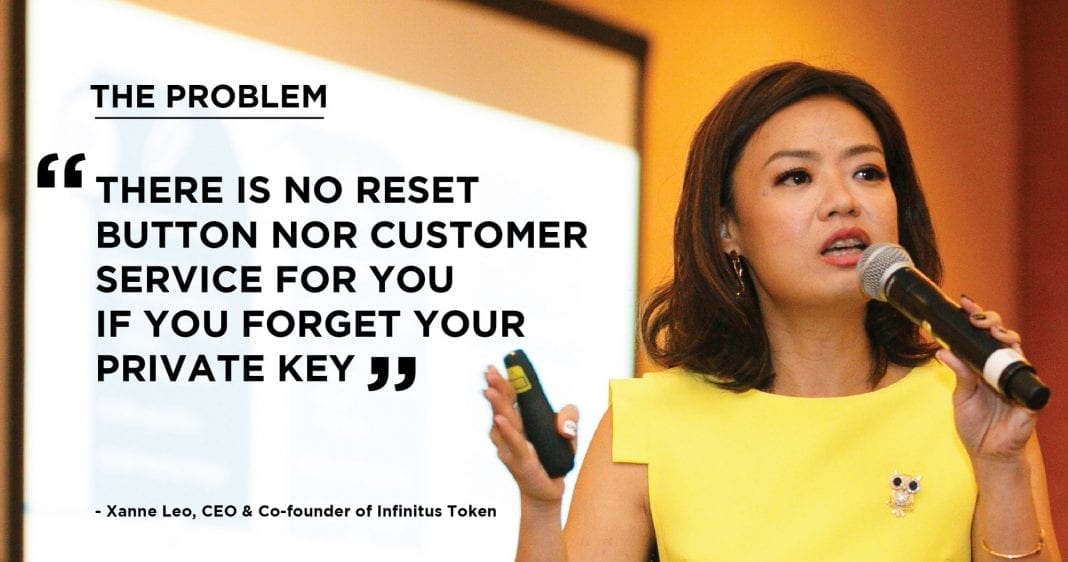 Xanne Leo is the CEO and co-founder of Infinitus. Beginning with Great Eastern Life Assurance (Singapore) in 2003 and being one of the pioneers to join the first Independent Financial Advisory (IFA) firm in 2006, Xanne has has a grand total of over 16 years in the financial service industry in South East Asia.

Apart from her work, Xanne has also written for magazines and newspapers, educating the general public on the importance of financial planning. As her specialities were in estate planning and generational wealth transfer, Xanne soon found herself joining a top European Trust company with 26 offices worldwide and advising HNWI and families on various aspects of cross border wealth management strategies and solutions.

Opportunities soon came knocking and she moved into corporate advisory and deal sourcing for cross border M&As and business growth. One of Xanne’s greatest achievements came when the healthcare startup she co-founded came made it to the Top 5 finalists of Channel News Asia The Startup (Season 3). The program was broadcast throughout Asia for 9 weeks in 2016.

With her wealth of experience, both in South East Asia and in Europe, Xanne brings invaluable insights in the area of assets transfers, protection and leadership to the Infinitus Blockchain team in the consumer technology space.

Infinitus is a blockchain-based decentralised application (dApp). It allows you to store encrypted digital data such as private keys, passwords, recovery seeds, pincodes or any alphanumeric data on a decentralized network.

Their MVP is out now in google play store! 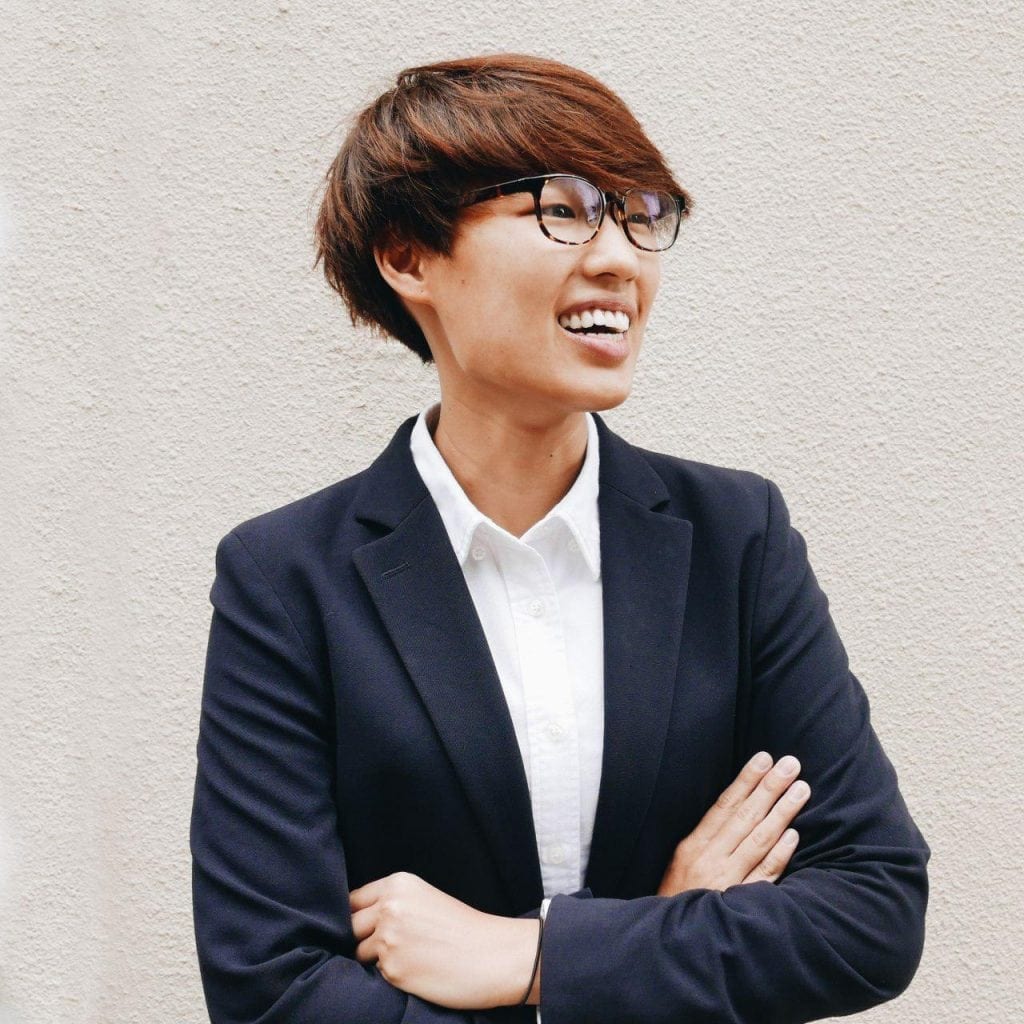 Jiawen is a founder and blockchain entrepreneur who has successfully exited 2 companies, launched ICOs, invested, and advised multiple blockchain projects. Listed as the Top 15 Cryptocurrency Tzars in Singapore Blockchain Review, she is currently Group COO in iFashion– a leading regional retail enabler and conglomerate. iFashion was acquired by MC Payment for $23M. Prior to that she exited Megafash, an e-commerce and retail company for $3.5M.

Putting together her expertise in retail and passion for blockchain, she co-founded MegaX. This led to the founding of the Megaxstore which is spearheading cryptocurrency mass adoption. In addition to being the CEO of Megafash, Jiawen is also the COO for Consentium– a crypto-community wallet that raised $42M. A consultant and advisor she has helped companies sold millions in tokens, and spends most of her time advising and servicing clients at all stages of their blockchain projects such as GreenLink, Antihack.me, and VodiX. 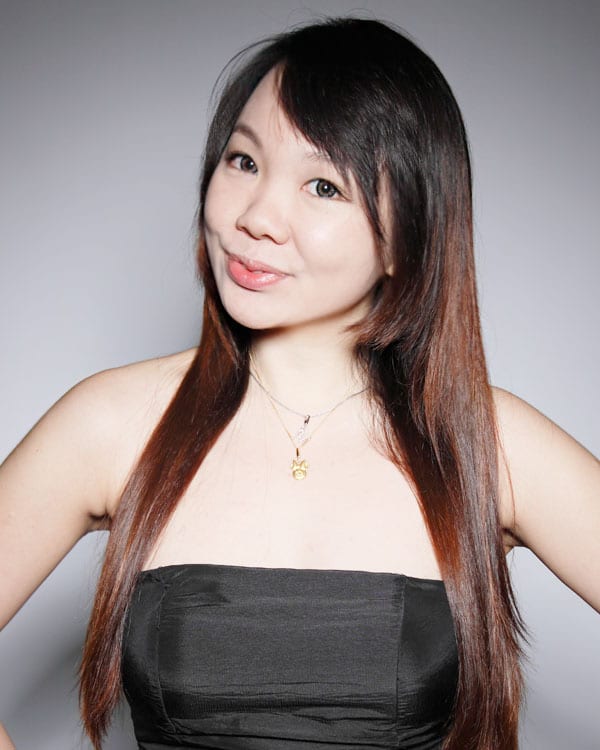 Sabrina Wang is the CEO and co-founder of PINC, a platform which ensures people are paid for sharing their social content.

PINC likewise helps the brand to understand their customers, provides a personalized experience for shoppers and empowers marketers with concrete data to quantify information. Blockchain technology is used for facilitating the formation of a decentralised and transparent layer. This is so as to ensure the verification as well as legitimacy of user interactions as well as transactions on the public ledger.

You may read more about Sabrina Wang in her exclusive interview with us here! 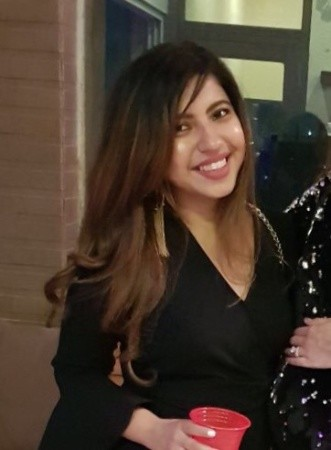 With over 10 years of experience across Private Equity, Investment Banking, Business Leadership and Consulting, Nehha currently leads Outreach for Sacred Capital.
Sacred Capital is focused on building a ‘Reputation Interchange’ that will form the backbone for a new economic language using reputation as a currency to drive value. She is passionate about empowering people with information that can enable them to take informed decisions based on developments in the ‘New Economy’. 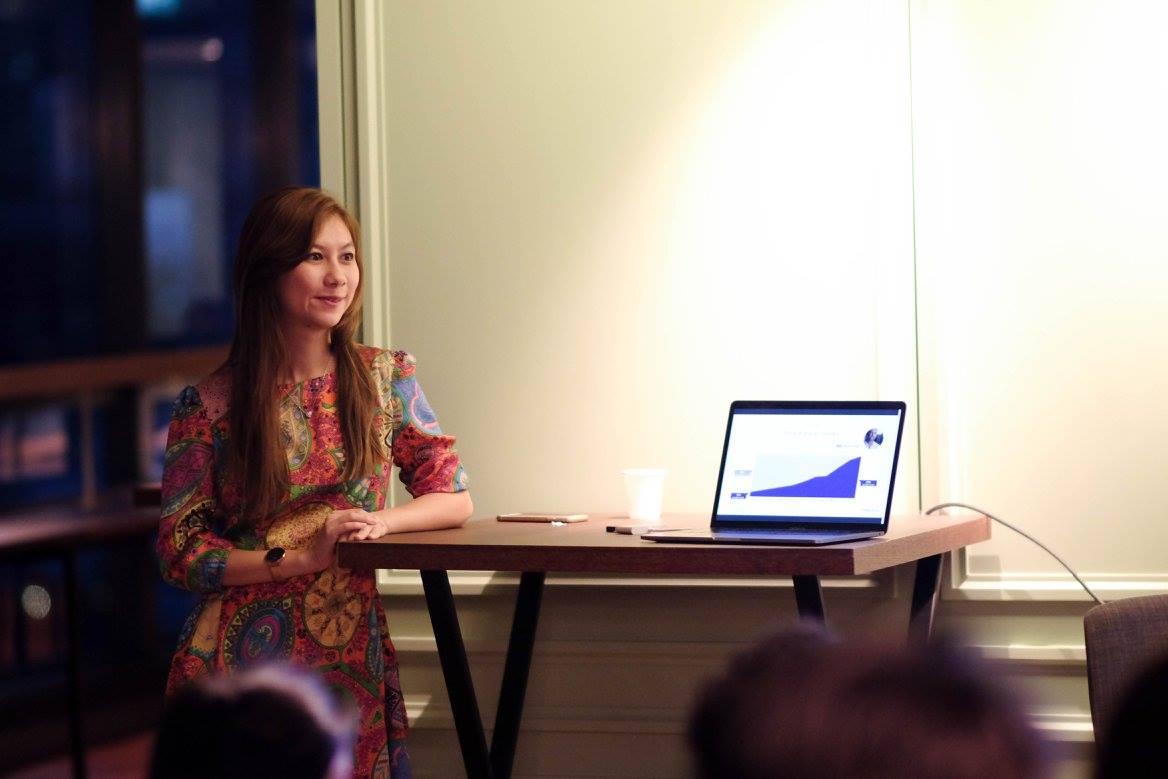 Keziah Quek is a passionate and creative communicator of ideas, particularly interested in unearthing how systems, frames of understanding and values can shape our society, economy and the way we interact with one another for the better.

She works to help good people with great ideas succeed – especially with regards to how our technology can enable the right incentives for humans to co-create and seek win-win, mutually beneficial arrangements. She believes technology should always disappear behind the viable and valuable applications and products created for the everyday person, and looks forward to a world where the benefits of Blockchain technology are as easily understood as the other technologies that have come before, like electricity and the ability to send email.

Ultimately, she hopes technology can free up time and space for humans to truly pursue self actualisation and through that create a less violent world. 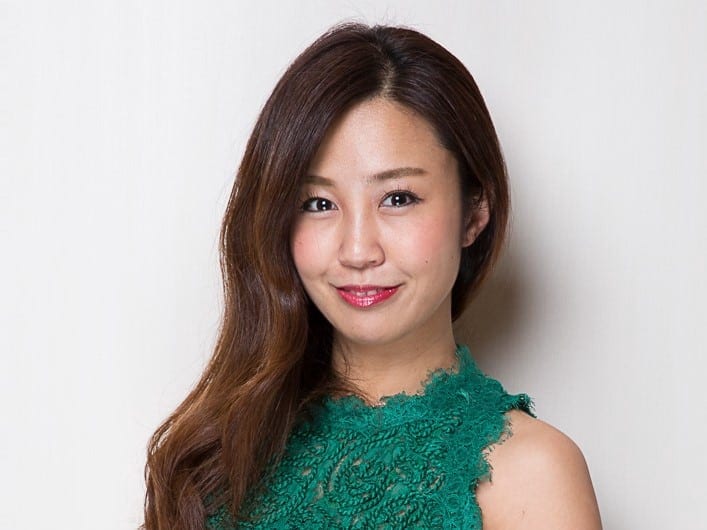 Mai Fujimoto— or more popularly known in Japan as “Miss Bitcoin”– has been immersed in the crypto-space since 2011. She is a crypto-influencer and founder of Gracone, a company that helps connect businesses in the blockchain / cryptocurrency industry. She has been featured in media publications from all over the world and also runs the bitcoin donation platform Kizuna.

We hope you have enjoyed today’s post on Asian women in blockchain (part I)! Stay tuned to more exciting posts to come, under this series. 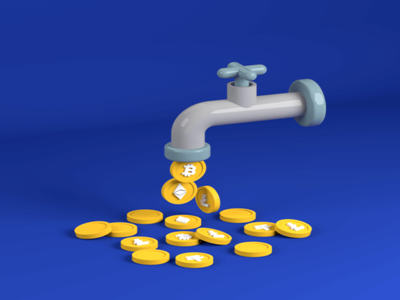 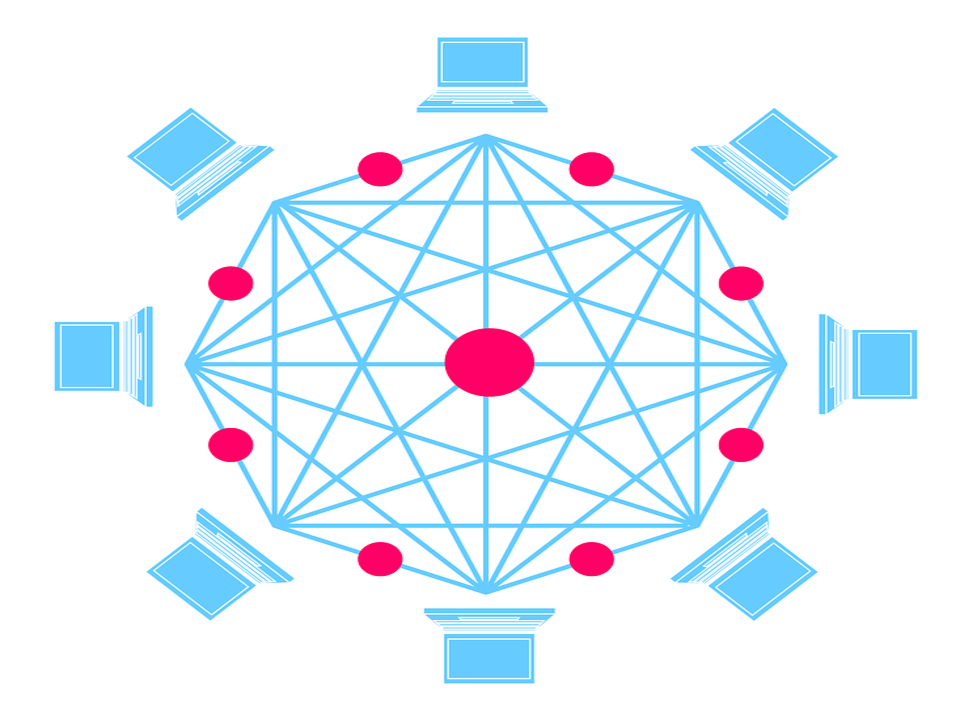 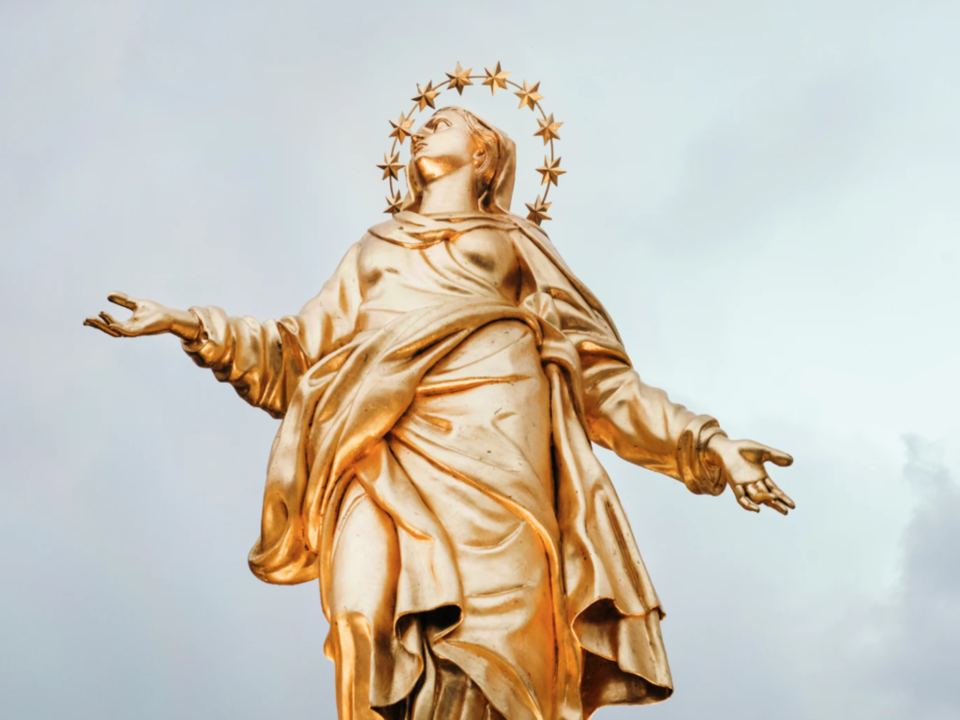