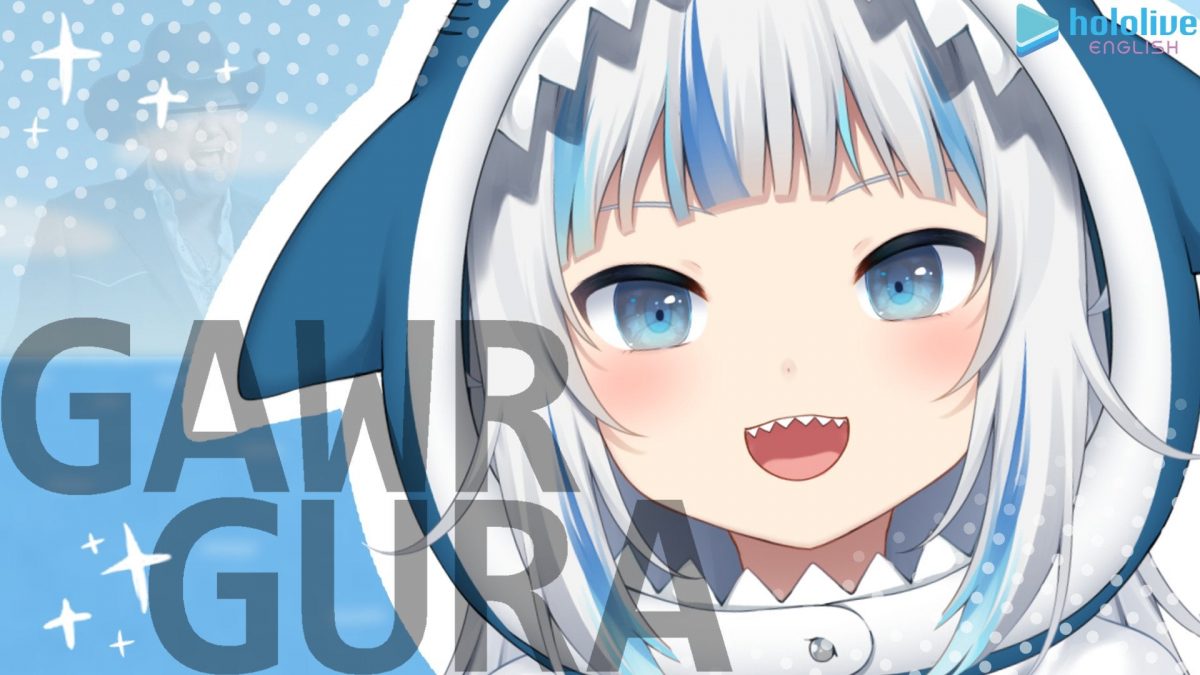 Facebook’s recent announcement of Meta marked the start of a new metaverse era, with artificial intelligence and virtual reality taking the forefront.

it’s no wonder that young people and those who have grown up with advanced technology and computers their whole lives would embrace this virtual alternative. In addition, many grow to idolize (and in some cases fall in love with) artificial celebrities and entertainers.

Welcome to The World of VTubers

Virtual YouTubers, or Vtubers as they are often known, are anonymous online entertainers who hide their true identities through the use of a usually anime-inspired avatar.

They are usually 2 or 3D characters with big eyes and personalities. They sing, dance, and even post live streams of them playing video games.

Some have elaborate backstories, and others are straightforward and portray themselves as normal YouTubers–except for the fact that they’re unlike anything akin to the regular real-life version.

Vtubers Phenomenon: How did this all get started?

Strangely enough with an international icon and unreal person herself: Barbie.

In 2011, a London-based vlogger named Ami Yamato had the idea to start presenting herself as a virtual Barbie-fied version of herself.

It took several years for the phenomenon to gain traction, but once it started to become more known, the internet exploded with many different iterations of Yamato’s idea. Toymaker Mattel even got into the game itself in 2015, looking to cash in on the buzz around the new trend, with its own vlog, featuring Barbie and her friends twice a month.

One vtuber, Kizuna AI, shot to the top of the vlogosphere when she garnered over 15 million views on a single post, even catching the eye of YouTube superstar PewDiePie.

Vtubers–especially Western ones, because vtubing is already very much established in Japanese and Korean anime culture–have recently become aware of how much their influence and popularity can garner them a lot of financial gains.

Not everyone knows this, but there is a ton of money to be made vlogging. Some of the highest-paid vloggers and social media influencers can make between USD$5-20 million a year or more. It’s big business. That’s why the leading vtubers are willing to put their money where their virtual mouth is.

How do they make this money? In a variety of ways. Ads are a big moneymaker for virtual and real-life vloggers alike. Creating partnerships with companies to boost their brand visibility by paying vtubers to feature their products or even mention them. Collaborations with other influencers can also garner a lot of ad revenue.

Why are Vtubers so Popular?

So why is it that thousands of vtubers are getting so much success in the vlogging world? What’s the appeal here?

For one, it’s a new and evolving medium of entertainment and engagement. There’s something fascinating about a virtual character interacting with the real world. People are intrigued by the technology and wit and ingenuity involved in the process.

It also gives influencers and vloggers a way to be visible without being seen. People who are nervous to get in front of a camera, or just don’t always feel like getting “camera ready” can vlog through their avatar without having to put on makeup or dress up for their audience.

Falling in Love with a VTuber: Parasocial Relationships

A parasocial relationship is defined in broadly as a one-sided relationship in which one party is the sole “giver” of all attention, affection, and care for the other party who oftentimes isn’t aware of the other’s existence.

When the term was coined by Horton and Wohl back in 1956, it referred to studio and television audiences with actors and the characters they portrayed. An audience member may feel a strong connection or bond with the character portrayed on a sitcom, while the person on the screen is an actor playing a role with no knowledge of the affection from the watcher.

On the one hand, this type of relationship can be completely innocuous and safe for the people who have it. In other cases, it can be dangerous for the recipient of the unrequited obsession.

Anonymity as the Key?

That could be the impetus for some vtubers to hide their true identity. They get all the spoils of being a celebrity without the caveats that usually come from being in the public eye. We’ve all heard stories about “crazy stalkers” who chase down celebrities, following their every move. In fact, it has led to quite a few tragic deaths.

So perhaps the appeal lies in that these YouTube personalities can have their proverbial cake and eat it, too. Another benefit is the mystique that comes with being simultaneously famous and anonymous. This kind of paradoxical fame is intriguing to fans and the media alike and can garner even more fame. On top of that, a vtuber can gain a lot of views from holding out revealing their true identity for years only to have a public “unmasking”, giving fans the chance to finally peek behind the curtain.

In an interesting twist on that strategy, YouTube sensation PewDiePie is doing an ironic turn and having what he calls a “reverse identity reveal”. Because everyone on the internet knows who he is, he’s adopted his new vtuber avatar as a way to slowly hide his face from social media in the hopes, perhaps, that he can return to the warm safety of anonymity, fame intact.

The most prominent example of this fascination with artificial personalities is a Virtual YouTuber (VTuber) Gawr Gura, a character and avatar who has cut through the AI landscape like her trademark shark and gathered followers at an astounding rate.

Gawr Gura is a first-generation VTuber on the English-language branch of the Hololive Production brand. She debuted on September 12, 2020 and within her first year has gained 3.5 million subscribers on YouTube and over 1.2 million followers on Twitter.

This popularity, however, calls into question why people are so eager to embrace artificial celebrity, and how artificial intelligence and virtual reality and changing both the entertainment and social landscape forever. While the popularity of VTubers has steadily climbed over the last 5 years, many fans wonder what caused the meteoric rise of Gawr Gura, and how has she gained such a devoted fanbase in so little time?

One of the primary reasons that Gawr Gura is so popular and is able to not only attract an audience on multiple platforms, but also to earn revenue through YouTube and Twitch streams is for one simple reason: she’s cute.

Gawr Gura’s cuteness attracts audiences from a variety of different age groups, from children to the elderly. The pitch of her speaking voice is instantly attractive, and many viewers have remarked that they maintain their devoted viewership because she is the most calming and easy to listen to.

Her cuteness carries over to her clothing, an adorable blue shark jumper with hood, and also to the fun and fanciful way she wears her hair. The following are the primary ways Gawr Gura uses her cuteness to attract viewers, grow her devoted fanbase and earn a substantial income:

Her personality is excitable, fun and fanciful, but also occasionally lazy, forgetful and silly. Because of the way she banters and approaches all of her conversations and interactions, even the things that she does that would not be immediately attractive to the average viewer, bring a sense of normalcy and relatability to her character and endear her even more to her audience.

Not only that, but because of her immense popularity, she is able to grow her fanbase even wider by encouraging fans to create their own memes featuring her likeness. Some of the most popular fan memes feature Gawr Gura trying to playfully hide her “sharkness”.

Fans are quick to compensate her during livestreams when they hear her break into song because she has such perfect pitch and is able to lighten the mood with few quick notes in her incredibly cute singing voice.

Because of the overall marketability of her cuteness and her English language, Gawr Gura is able to reach an international fan base, which is different than many of her Japanese-only counterparts. Advertisers and marketers have seen the appeal of her cuteness, and have put her in a variety of advertisements and media appearances around the world. To her original fanbase, however, it is the way she imbues cuteness into every aspect of her being that makes her so easy to love.

Are Vtubers Here To Stay?

With the rise of the metaverse, the answer is a definite YES!

Would you consider exploring a career as a vTuber yourself? 😉 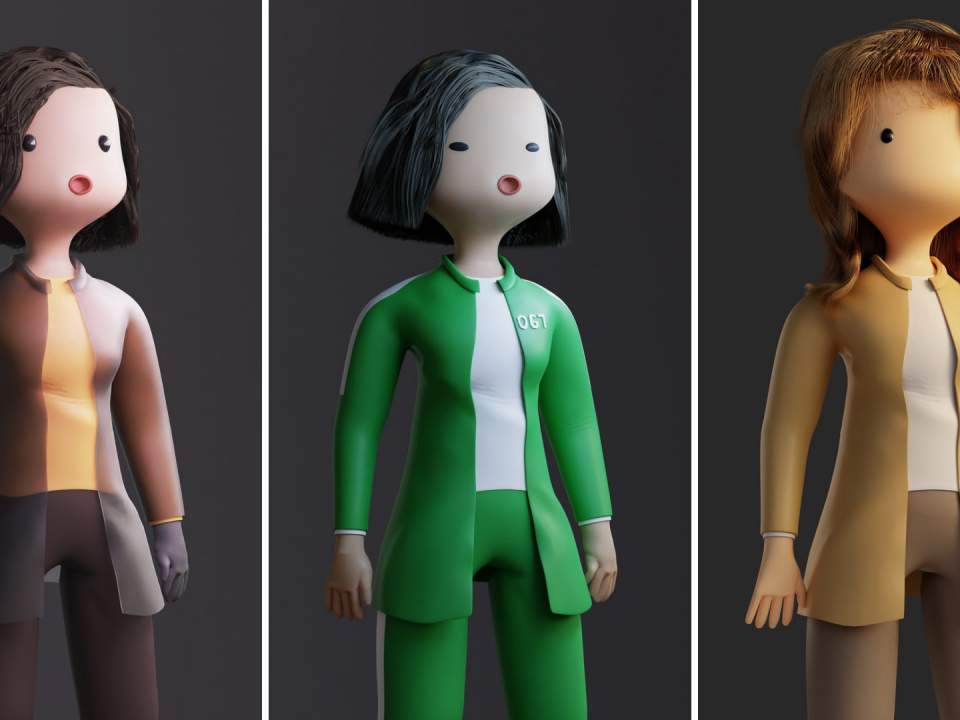 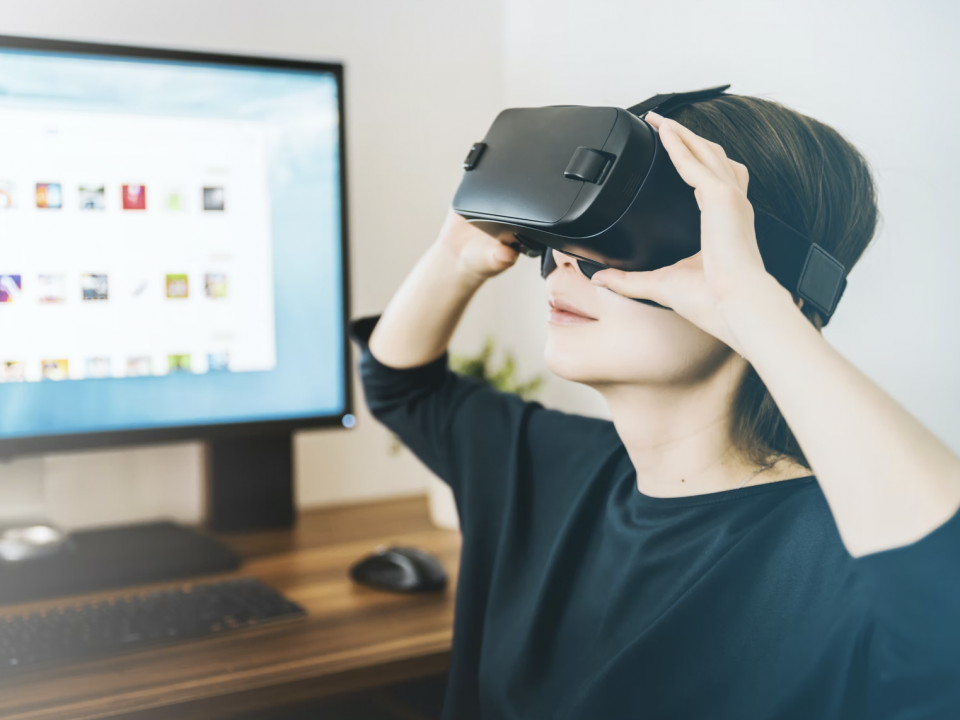 Workspaces in The Metaverse: Hype or Reality?