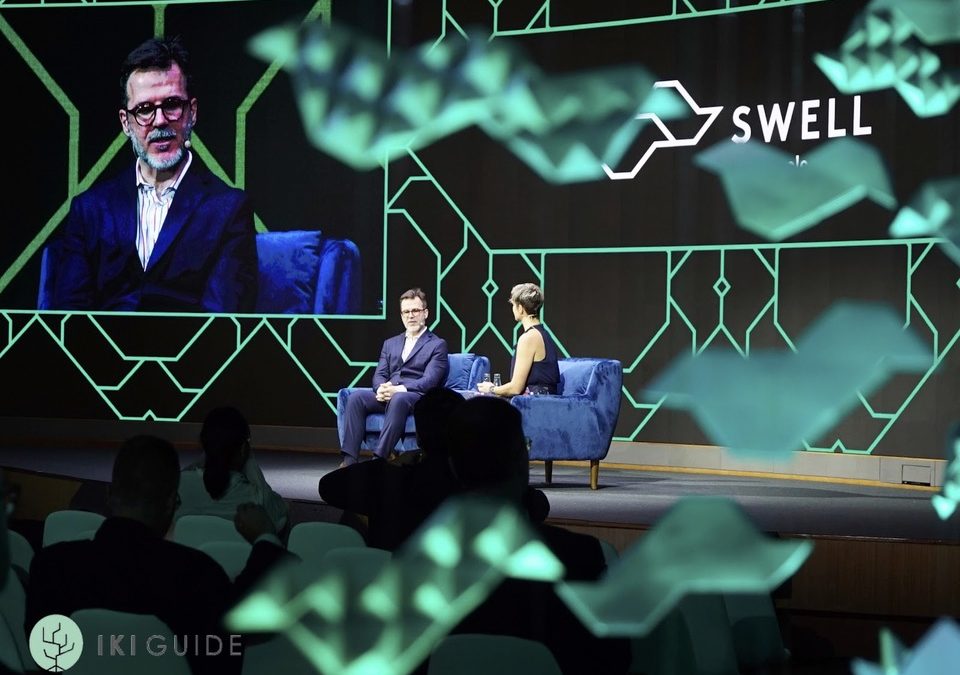 This post is co-written by Vanessa Thien Hui Ying and Kwang Guo Dong and supported by the friendly folks at Ripple.

SWELL 2019 was recently held at Singapore (one of the world’s top financial and technological hub) from 7th – 8th of November. The 2-days event hosted by Ripple, aimed at bringing trusted voices around the world to share their opinions on financial services, payment, technology and policies.

The speakers include several influential figures in both the FinTech and finance industries, such as Kamal Quadir, CEO of bKash, W. Alexander Holmes, CEO of MoneyGram and Brad Garlinghouse, CEO of Ripple, to share their thoughts on the transformation of digital asset landscape and its impact on the industry.

Kamal Quadir, CEO of bKash, talking about the reach of bKash in Bangladesh

One of the main highlights of SWELL 2019 that got speakers talking was on the topic of global liquidity: the ease of cash flow in both global cross-border cash flow (macroeconomy) and local domestic cash flow (microeconomy).

Kamal Quadir, CEO of bKash shared his insights on the importance of creating liquidity and financial inclusion in the context of the local ecosystem, through the introduction of digital assets.

He explained that fostering integration and utility of digital assets, along with banking of the unbanked, help increase the domestic liquidity. This, in turn, promotes and speeds up economic activities and integration that boost development of their circular economy, as well as having a social uplifting effect.

The potential partnership between bKash and Ripple is buzzworthy news. It has not only shown how invested Ripple is in developing domestic community financial ecosystem, but also reaffirming their commitment towards generating global liquidity.

RippleNet utilises Ripple’s own proprietary blockchain technology to bring potential partners together and facilitate global payments, through setting up an efficient and secure network for bilateral settlement. The network works on the principle of On-Demand Liquidity (ODL) to eliminate the need for pre-funded accounts as well as enabling transparent pricing for cross-border remittance at a lower cost.

RippleNet also operates on the real-time movement of digital assets via XRP to eliminate price volatility and the incorporation of its messaging protocol allows for real-time confirmation of cash payments.

W. Alexander Holmes, CEO of MoneyGram and Brad Garlinghouse, CEO of Ripple went on to broach on the topic of how digital assets for money transfer had transformed the industry. Alexander himself has expressed his excitement in working with Ripple regarding Ripple’s cloud data and blockchain ledger technology. He was particularly interested in how RippleNet was able to tokenize data and paired it with cash value for transaction.

Ripple has also unveiled the upcoming launch of RippleNet Home, their new platform that enables automated connection to bring users together, along with useful business insights of potential partners. RippleNet Home aims to connect more users around the world and facilitates competitive pricing for global payments.

Serving the Underserved in Asia: An interview with Mr Eric van Miltenburg, senior vice-president of global operations at Ripple

Ripple: Singapore as a Strategic Center

By hosting its big annual customer conference in Singapore, Ripple is signalling that how Singapore is strategic and important to its development. “Singapore is a hub for this entire region. In fact, about half of the Ripple’s customers, the financial institutions that we are putting on RippleNet, are from APAC.” stated Van Miltenburg. To add on about Ripple’s advancement in the largely under-served markets in South-east Asia, he remarked that markets that receive less attention often require higher fees. Ironically, these are to individuals that the fees, may not seem high to many, but are significant for smaller transactions.

Regarding regulations, “the Monetary Authority of Singapore (MAS) has consistently been a progressive voice, pragmatically looking at the needs of the market.” It does so by balancing the need to regulate without stifling innovation, making sure that new technology has room to grow. As a result, many countries in the region look to Singapore on the types of regulations to set making Singapore the perfect launch board for the region.

Partnership with the National University of Singapore has just been launched last week. It is a part of University Blockchain Research Initiative, bigger Institutes of higher learning Ripple has also recently released news on their University blockchain collaboration with NUS, a promising endeavour to look out for. The increase in the new institution to join RippleNet at an average of an average of 1-2 institution every week.

Ripple: Beyond “Just a Crypto Company”

Regarding regulatory clarity, a distinction between the digital asset, XRP, and the company, Ripple, has to drawn. When talking to regulators, Van Miltenburg mentioned that Ripple often bring up three points that they do not do:

Checks like know-your-customer (KYC) and anti-money laundering (AML) procedures are done by banks partners do that instead.

Digital assets dealt with a bad reputation in its early adoption due to money laundering and the darknet. However, it is important to not limit new technology.

“You shouldn’t regulate technology. You should regulate the use cases.”

Regarding the regulation in Singapore and the region, Van Miltenburg responded “MAS has been trying to regulate the markets without having to stifle innovation. Many countries in the region are looking to Singapore on how to model their regulations.”

Depth (and Width) of Blockchain’s Use-Case

Ripple stresses on the depth and not expanding its use case of their product. However, Ripple could do much more with the potential of blockchain and the endless application of this technology. So we asked Mr Van Miltenburg, how deep can a single-use function of cross border payment get?

He believes in “expanding ecosystem of XRP utility by supporting other companies to expand broader application of XRP”. Xpring is one of Ripple initiatives to enable the other projects to use XRP and the Interledger Protocol (ILP). For example, Coil is a project that makes use of the XRP to develop a digital asset for micropayments of digital content. Ripple is focused on the single-use case of the XRP ledger but it welcomes other companies to make use of their technology to develop solutions in their specific use-case.

Overall, SWELL has shown Ripple’s dedication to increase their global reach through their new partnership with bKash of Bangladesh, MoneyGram of the US and holding their annual conference in Singapore. It has definitely showed a great potential to resolve issues with the underserved in the APAC region.

Personally, we felt that blockchain and digital assets have definitely opened up many opportunities along with risks for the markets. More emphasis should be placed on educating and understanding blockchain and how companies and governments can capitalize on this knowledge. There are thousands of coins in the market right now, and the critical difference would be the specific use cases, like in Ripple’s single use of XRP in cross border payment for financial institutions. Those with actual solutions to widespread problems are the ones that are here to stay. In the case of bKash, the best solutions can also work on the simplest and most basic platforms, like developing cash remittance system on old bar-type phones.

There exists a tremendous potential with digital assets and its technology. It may be new, but it is here to stay. It pays to be prepared, and we have to be ready for change when widespread adoption happens.