“Ethereum Is All About Creating A Better World By Aligning Incentives”

When Will Lumens Be Used By The Layperson? Lisa Provides Some Insights

This post is about Vitalik Buterin’s keynote last night at The Bridge, Ascent.

I’m not a tech person AND boy am I inspired by Vitalik and Karl Floersch’s presentation. 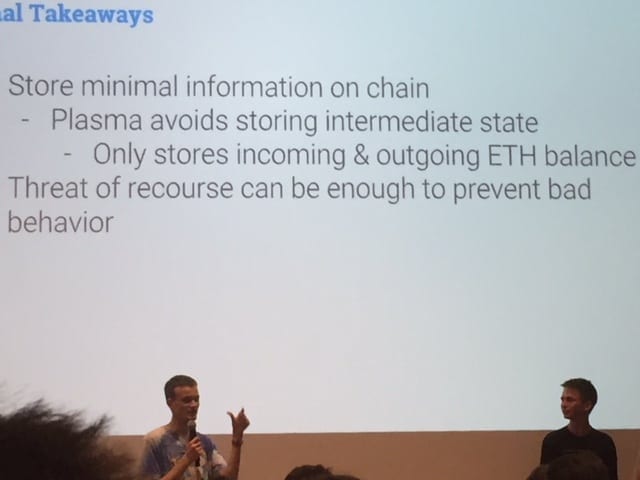 Even though I’ll classify myself currently as a non-techie, I could still align myself with ethereum’s vision of creating a better world through the alignment of incentives.

The Keynote: ETH Updates And Alignment of Incentives For A Better World

The alignment of incentives is an economic philosophy —like how I argue here that the bitcoin paper is an economic one— and this underlying spirit is also very apparent in the design of plasma’s MVP.

You may watch the livestream of the event here:

A really nice reddit user has summarised the event here:

From an economic standpoint, I found this slide most interesting: 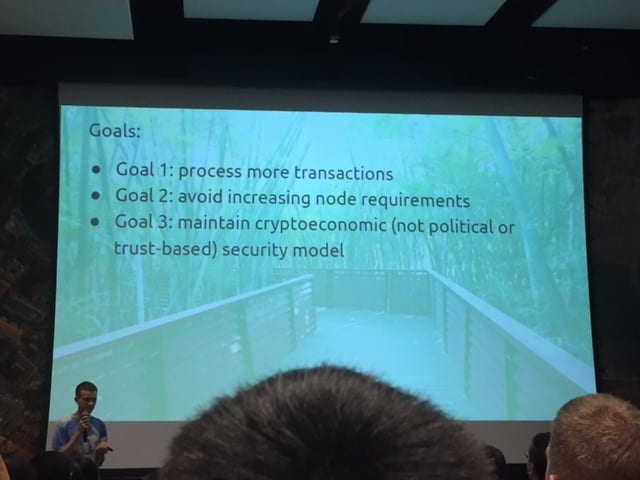 I found the goals fascinating because the KPIs were based on transaction volumes AND the governing philosophy is consistent to the bitcoin whitepaper of human nature.

Cryptoeconomic “not political, or trust based”= aligning incentives, discriminating nobody, and more power to the people!!

Notes To People Who Want to Attend Future ETH Meetups

The venue was actually filled up by 6.15pm even though the talk starts at 7pm.

It’s funny that the emcee of the event took care to remind the audiences to keep the questions to Karl and Vitalik to “technical questions” and not to accost them for selfies with them lololol. Both then left via a side door right after the talk, leaving the impression that they have already left the venue…

…except not! They actually went to eat dinner at a venue in Science Park! Haha–we found out because we were just one table in front of them at the same dinner venue by sheer chance! A smart move because they could dine in peace haha.

As someone working as a PR practitioner in this blockchain community now, I really felt happy working and talking to tech folks last night. The motivation of developers seem to be to code stuff for a better world and focusing on making their codes more elegant.

Vitalik and Karl also seem to be really enthusiastic about the ideas of “decentralisation” and “open source”, which to me is a really amazing thing!

I think the key difference in Vitalik and Karl is precisely in the vision of ethereum–this additional economic element of “aligning incentives” (as there is therefore an implicit assumption that most people make decisions on rational as opposed to emotional basis).

The One Takeaway: Alignment of Incentives As Part Of Design

I’ve always wondered why Ethereum is so successful in the market.

And I think I got my answer: it is because the alignment of incentives is part of Ethereum’s fundamental design–in source code, the system and the community.

For example–Just look at how Plasma is designed! 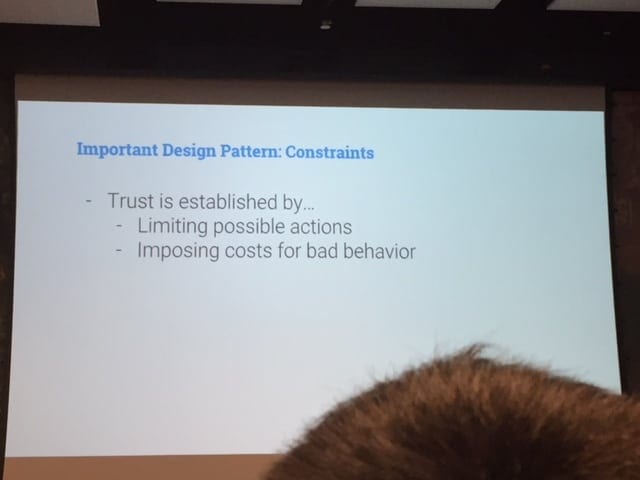 Effectively here Karl is saying that the plasma system will work because of constraints and opportunity cost to the participants of the system.

If bad behavior is costly, then less people would engage in bad behavior. If the range of actions are restricted, then more people can be directed to a particular type of behavior.

Such a design is way more practical than vague systems such as “let’s have good faith and trust the people using this network” (because human beings make mistakes and sometimes human beings are greedy), or “Let’s inspire people to change”.

So this is something to bear in mind, especially for kind and optimistic people–Human beings consistently make decisions based on measurable incentives to themselves! 🙂 We would do well to develop our ICOs or blockchain project in accordance to this philosophy!