What Are Bitcoin Faucets And How To Use Them 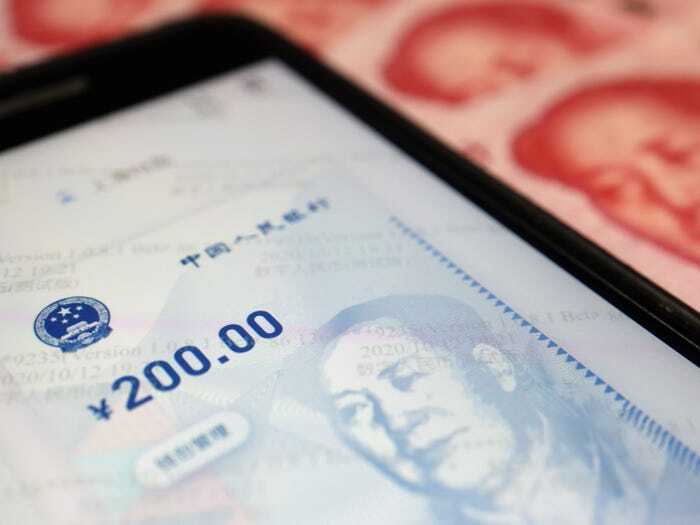 What’s this DCEP? Though not exactly a fan of cryptocurrencies, China has been a leader in the application of blockchain technology. The People’s Bank of China has been working on a sovereign digital currency since 2014.

According to a statement issued by the governor of the People’s Bank of China, Yi Gang, the idea is not to create a new cryptocurrency such as Bitcoin and Libra from Facebook. Instead, the digital currency from the Chinese central bank aims at digitizing the existing monetary base in China.

Who owns the DCEP?

Digital Currency Electronic Payment (DCEP) is a Chinese national digital currency that is built on the blockchain technology and uses cryptography to make it secure. An alternative popular name for it is the e-RMB.

DCEP is pegged 1:1 to the RenMinBi (RMB), which is the Chinese national currency. The main objective of this digital currency is to increase the international reach and circulation of RMB. China developed a national blockchain roadmap which aims at competing with projects such as Libra from Facebook. Officials from China have, on many occasions, claimed that Libra poses a threat to Chinese sovereignty: China insists that it is only the central banks and governments that should issue digital currencies.

According to the Chairman of the China International Economic Exchange, Huang Qifan, the development of DCEP has been ongoing for almost six years. The People’s Bank of China is the only entity that has the right to issue DCEP. Digital Currency Electronic Payment is created and sanctioned by the Chinese government. It is thus the only legal digital currency in the country. DCEP is not like CNHT, which is a 3rd party stablecoin developed by Tether and still pegged 1:1 to RMB.

Is DCEP a “Real” Cryptocurrency?

DCEP is a national digital currency but not a cryptocurrency per se. It enables peer-to-peer payments and uses cryptography. However, DCEP is not on a distributed ledger or decentralized like Bitcoin and other cryptocurrencies. Different from bitcoin, the currency is not immune to central bank manipulation. DCEP fails to enjoy security mechanisms from decentralized servers and consensus mechanisms that verify transactions. It will also not be listed on any cryptocurrency exchanges for the purpose of preventing speculation.

The upside is that one does not need an internet connection to use DCEP. It thus addresses some of the challenges in China–especially in rural areas– such as lack of internet connectivity. Users also need not have bank accounts to use DCEP, which makes it easy to adopt among the unbanked population. Getting financial services is thus a reality even without a bank account.

The Mode of Distribution

The People’s Bank of China will distribute DCEP to all the commercial banks that are affiliated with it. Some of these banks include the Agriculture Bank of China ICBC. The rollout is no different from that of physical Yuan, but DCEP will eventually replace the Reserve Money system.

According to China Daily, China has begun to pilot the DCEP system in four major smart cities, including Shenzhen, Suzhou, Chengdu as well as Xiong’an. According to Guardian, it would also be used for paying the 2020’s April-month salaries to some government employees and public servants. Municipal government employees from Suzhou will from May 2020 get their 50% of their transport subsidies in the form of DCEP.

The pilot program will be carried out by Commercial Bank of China, China Construction Bank, the Industrial Bank of China and the Agricultural Bank of China.  There has also been rumours that Starbucks and MacDonald’s will be joining in the testing of the e-RMB in the Smart City Xiong An.

3 Reasons Why China wants to have a 1:1 DCEP backed by RMB

Volatility in the prices of cryptocurrencies led to the creation of stablecoins. These are digital currencies that are backed by a real asset. DCEP applies the same approach of a stablecoin as it is pegged on 1:1 to RMB. The government seeks to achieve the following from this approach:

I. Banking The Unbanked Is Now Easier

Now, at IKIGUIDE, we have done multiple reports and public presentations on on banking the unbanked. About 1.7 billion people remain unbanked globally. China has the highest number of unbanked people as they stand at 224.0 million people as of 2017, which is a big worry for the world’s most populous country.

On the other hand, China has seen a rise in cashless transactions in the last few years. It is evidenced in daily purchases such as food sellers in the streets preferring mobile payments over cash.

Mobile app payments in the first quarter of 2019 handled transactions worth $8.3 trillion (59 trillion yuan), which was a 15% rise from the previous year based on a report prepared by Analysys. Some of the biggest platforms that enabled these cashless transactions include Alipay, which processed more than half of the transactions and WeChat that processed almost a third of them.

Rolling DCEP will enable even more people to use cashless transactions. The fact that the Chinese citizens do not need to link a bank account makes it even more favourable to the unbanked and underbanked population.

Despite the economic muscles that China has been developing over the years, its official currency, the RMB, is still not widely accepted on the global market. The Chinese thus have to rely on the US dollar, which makes it hard to get favourable bargains in the global market.

CHIPS is a US company which arouses the Chinese-US trade wars. On the other hand, SWIFT has connections with the US as 12 of its directors out of the 25 are from the US. Another concern with SWIFT is that anyone with control of SWIFT’s data will gain access to all information on cross border transfers that occur on the platform. There also have been allegations that SWIFT supplied transactional data to the US, which is a concern to China, which has been an archrival of the United States.

DCEP is a global banking system that eliminates the need to rely on companies such as SWIFT and CHIPS. The Chinese media classifies DCEP as a 3rd wave that aims at breaking the dominance of the US in the international market.

The government sees beyond replacing physical cash when working on DCEP. Detecting and eliminating fraud will be very easy with a digital currency that comes with centralized control, especially with an decentralised and immutable technology like blockchain. China will battle money laundering, terrorist financing and illegal gambling with a transparent DCEP system. The government also stands to benefit from reduced money-printing costs. Counterfeit money that sometimes finds its way into the economy will also be a thing of the past.

The public stands to benefit from reduced indirect transaction fees associated with interbank transfers. Both domestic and international transfers will also experience lower friction which increases both speed and security of the banking system.

Implications of the DCEP on the world and current blockchain ecosystem

“How will DCEP affect the global economy?”– has become the biggest question at the moment as people seek to understand how e-RMB will work.

History: How the US Dollar Became the “World’s Currency”

World War II remains to be the most transformational economic event for the last two centuries. Governments were forced to overspend and overprint money as they tried to keep up with their defence needs. Many countries come out of the war with devalued currencies, and corrective measures had to be taken.

The US dollar continued to dominate the global economy even after the Americans abandoned the dollar/gold commitment in the 1970s. About 60% of the global foreign exchange reserves and around 40% of international payments are in US dollars.

The IMF created the Standard Drawing Right (SDR), which is a basket of major currencies after the dollar/gold commitment was abolished. Chinese Yen was the first currency from an emerging economy to be featured on the SDR basket in 2016. The same currency was the 8th most traded currency in the world in 2019. In the face of continued and massive quantitative easing by the US government, the remarkable growth of the Chinese Yuan is thus something to look out for.

We could perhaps conceptualise the launching of DCEP as a way to tackle some of the challenges that could have slowed down internationalisation of RMB. DCEP will have the following effects on the global economy:

According to World Bank, more than 1.7 billion people in the world are unbanked and thus use cash to make transactions. Yet, many of them have access to the internet and two-thirds of this population own mobile phones which can be used to make mobile payments. WeChat Pay and Alipay in 2017 handled transactions worth more than $451 billion, which is way higher than what PayPal processed in the same year.

The DCEP mobile payment wallet infrastructure opens up distribution of the Chinese currency overseas. China has been working on the “Belt and Road Initiative” which is a market route that connects Asia, Europe and Africa. DCEP wallet enables bypassing of existing financial infrastructures within this belt and beyond. The unbanked also get a chance to engage in online transactions and also build their savings.

Jerome Powell, the Chairman of the Federal Reserve, expressed in his address at the House Financial Services Committee that digital currency does not fully address the challenges that the US financial system has. In the same address, he explained that the US financial system is highly competitive and innovative and may not benefit much from national digital currency. He went on to say that a digital payment system that tracks every payment that a person makes may be unattractive in the US.

After the images of the DCEP wallet emerged online, share prices of tech companies such as Global InfoTech Holdings Inc and BeiJing Certificate rose. What does the introduction of DCEP mean to the crypto market? The price of Bitcoin rose from $7,400 to $10,300 after the Chinese president made a statement advising people to take advantage of the blockchain technology in October 2019.

However, according to Nemo Qin, an analyst at eToro, introduction of DCEP will not have any impact on the crypto market in the long run because of two reasons.

China is known to have taken bullish approaches in the past. DCEP can be used as a weapon against the US in the global economy. When DCEP becomes accepted across the Belt and Road, the Chinese will get control over the economic activity of almost half the world’s population.

The surveillance power will enable the Chinese to monitor transactions and can even sanction those who go against the system. The “social credit system” is a good example of what the government can do as it has previously blocked travellers from buying airline tickets from their mobile wallets.

Where Will We Go From Here?

Remember the time when Facebook CEO Mark Zuckerberg challenged the US congress that it should not focus on debating the issue of a global digital currency while the rest of the world was working on similar projects? He was referring to DCEP, which is a direct competitor to Libra.

Moving forward, it would be interesting to observe how Ant Financial and Tencent –which are the companies responsible for Alipay and WeChat — would execute plans for e-RMB to be used via their platforms.

DCEP is an interesting project and the first of its kind in the world. It is still early to evaluate how DCEP will influence the global economy fully. The biggest nightmare faced by the central banks of most countries and the biggest consideration of the masses therefore, is whether they should embrace a similar system, or they will try to defend the status quo. Time will tell. 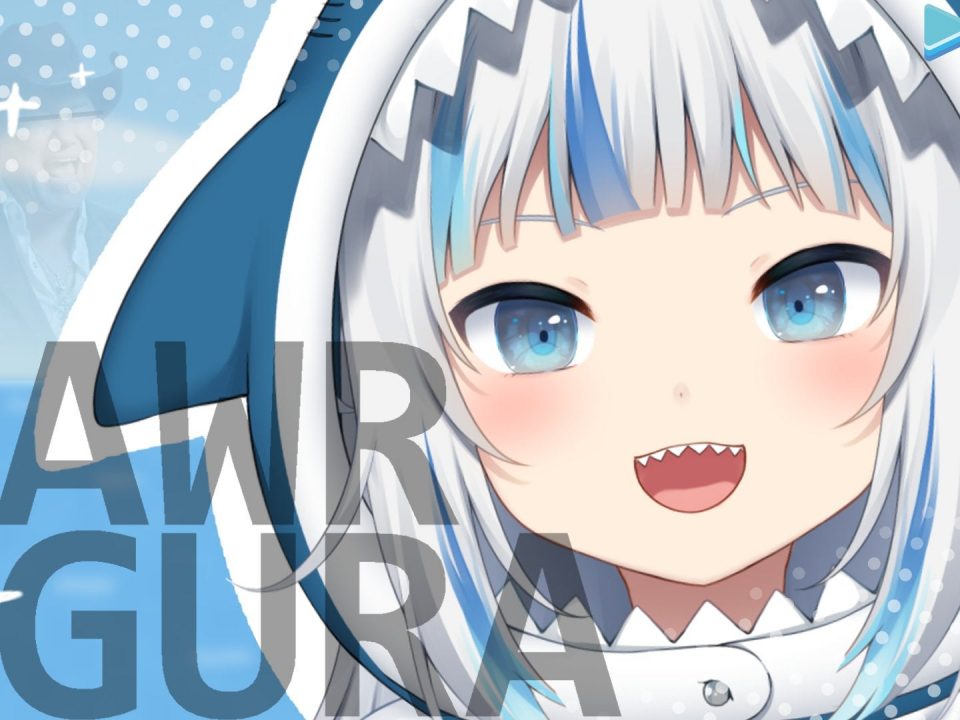