“What is HODL!?” The Top 5 Must-Know Cryptocurrency Jargons

Today before I head out I’ll like to do a quick post on the Top 5 Things I’ve Learnt From Trading Cryptocurrencies.

Prelude: How I Got Into Crypto

Well I’m totally as new to the blockchain/ cryptoworld as a lot of people in the masses are, and I think that is nothing to be ashamed about.

I actually got to find out about this world in Q3 2017, due to my role as an International PR Officer with Katalystcoin. Undeniably, my background in Economics (at bachelor’s level in NUS) and PR (at Masters Level in Finland) makes it a little bit easier for me to understand concepts in the derivative markets.

But just a little.

It was only during Q3 ’17 when I started buying some “waves coin” which churned 2.5X returns. I actually didn’t think much about that 2.5X returns (and that other coins like XRP ripple could be way higher) until the media focused so much on bitcoin breaking All Time High (ATH) in Dec 2017.

Through this blog documentation I’ll love to encourage more members of the public to start buying crypto/ learning about blockchain technology. I don’t think this intention will ever change, because I do have a heart to fight poverty, and I see crypto trade as a great way of doing that. Not just in developed countries but also in developing countries.

And my sincere wish for all of us is that we don’t let the lack of understanding of technology deter us from attaining financial freedom at an earlier age. 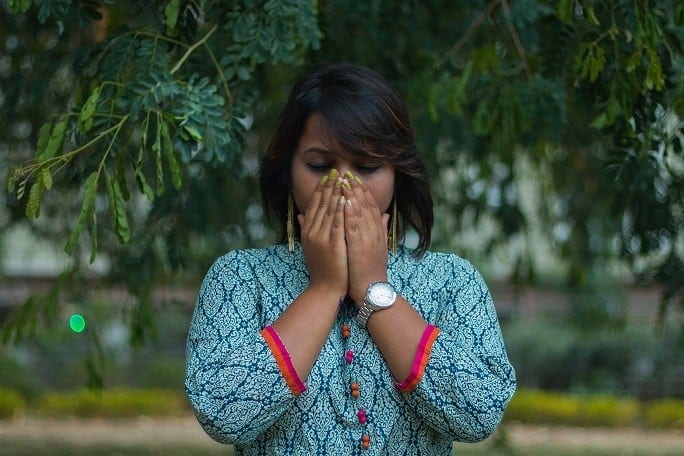 There was this time when Tron (trx) was like 0.003 or something, and I told the founder of Katalystcoin that the founder of Tron (Justin Sun) and Gifto were coming to Singapore the week after.

I wanted to buy Tron then BUT I didn’t have enough ethereum (ETH) and the shitty Xfers was (and is still) stuck. Basically Xfers was overwhelmed with new registrations or something and so I couldn’t deposit money to buy ETH, to then buy Tron. I also wasn’t sure if Tron is a scam coin and so I held back.

And Tron kept going up and up, and my thinking has always been then “SIGH I should have bought it then”.

The last time I checked, just less than two months later, Tron is now like what– 0.21?? That’s a whooping >80X returns.

And yes, till today I still have strong feelings of regret. Interestingly I’m also in denial over the potential of the coin, because I still refuse to buy it even as I logically know that there is a high chance that it will go up.

The thoughts go like “If only if I had bought it then”, then i blame myself for not buying it then and refuse to buy it now.

So yes, crypto trade is emotional. Identify and deal with the emotions and you’ll probably have a higher chance of making better returns. It is definitely not easy because I still struggle in this area, but emotional awareness is STEP ONE haha!!

It also helps to be involved in 2-3 groups of people to talk about cryptos so that you can have a better idea of which coin is going up in what direction.

To be honest I think I refuse to buy Tron because I am suspicious about Chinese coins after having heard so many horror stories about scam ICOs in China.

So you see, these are emotions again which may or may not be founded. I’m just starting to be aware of this and perhaps I’ll start looking for solutions now…

…Maybe a system or standardized metrics is needed so that I can analyse coins better! 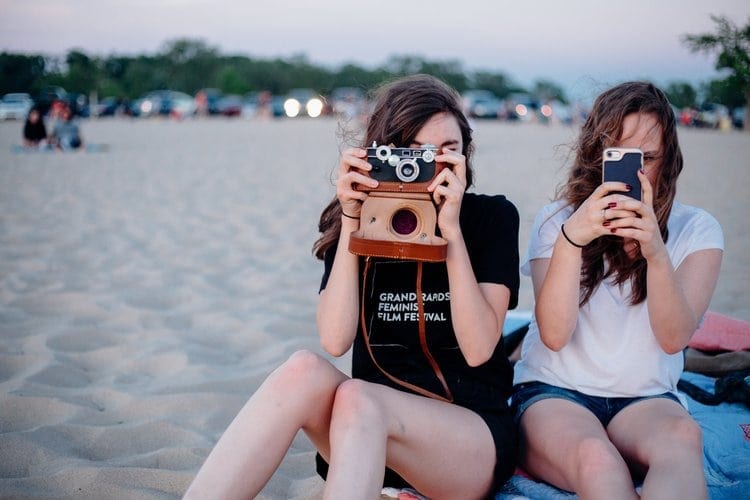 Since I have some experience working for a companies involved in ICOs, we are actually very careful about how we phrase things in crypto PR so as not to mislead the public and/ or step into the grey area that MAS has charted.

Words like “investment”, “security”, “trade” are all rather sensitive.

We also spend a lot of time on strategy and positioning, and in particular ensuring that the business system is sustainable.

Coming from this perspective, you will then see the power of traditional and online media. Take for instance the nonsense coin DogeCoin, and the other Useless Ethereum Coin .

Why do they even get investment? It’s because of their PR and the ability of the founding team to get the attention of the masses.

Attention does matter and it’s worth a lot in the crypto world which moves super fast. Nonsense sells too, as long as you win the heart of the masses. And I just love the sound of this! 🙂

I’m not even joking–it’s really important because crypto is rather high risk place.

Let me give you another example.  If on Jan 1 2017 you invested $1000 USD into the following cryptocurrency, you would now have:

So you see, small amounts do make a huge difference after a year, if you don’t touch it.

Cryptocurrency Lesson #4: Patterns over Understanding (Or the Illusion of It) 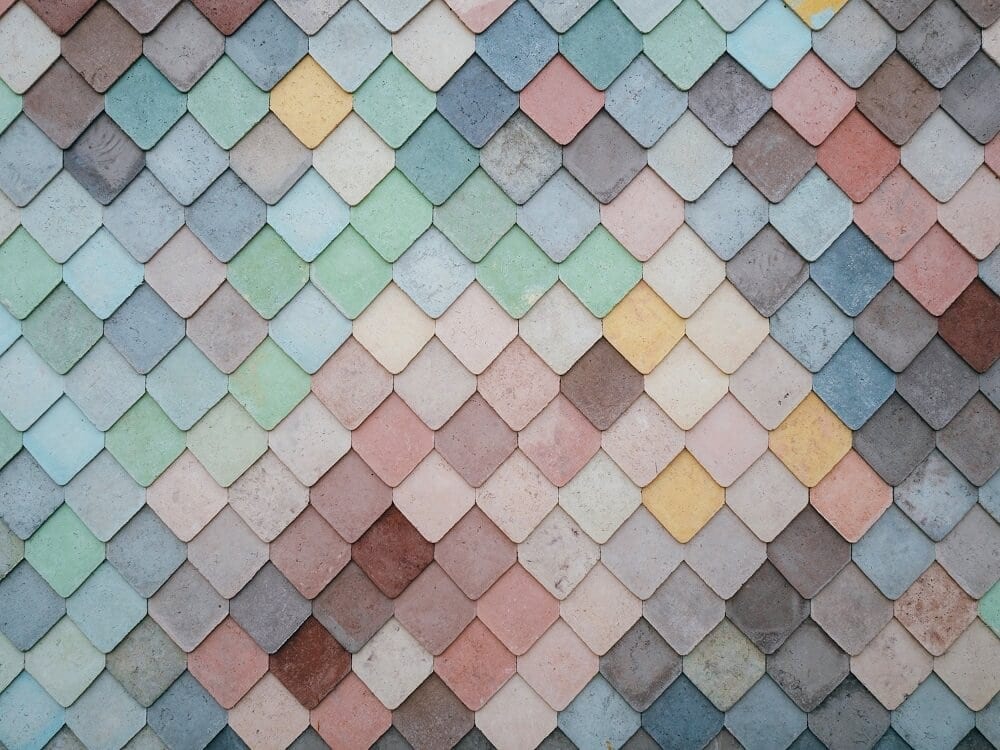 One thing I really, really struggle with as a cognitive bias is that I always feel that I need to understand something fully (or more) before acting.

In the crypto case, I always feel that I need to understand more of the technology or the white paper before buying the coin.

The upside is that I’m now aware of this cognitive bias.

So instead of trying to understand cryptos now especially in terms of technology, I look for structure and patterns. 🙂

Yeah, and that applies to PR as well– I read white papers and observe press releases to look for structure and patterns.

Cryptocurrency Lesson #5:  Shades of Grey– Between “Legit” and Scams

You know, as a PR practitioner, one of my strongest fear is to unknowingly represent a scam-coin company.

To me, I define a “scam” as companies with the intention to scam and run away with the money. In other words there is no longevity to the business.

However, what about incompetence? If your team is incompetent and you overpromise stuff, will you then be considered a scam company? I think I’ve met people like that in the Singapore context already and it scares me to bits.

I’m still in the process of developing a set of metrics to separate scam companies from legit ones, so do let me know your thoughts!

I think we’re standing at the start of a brand new era–it’s really exciting and I really think many of us can attain financial freedom via trading in the crypto world. Financial freedom is a breakthrough and it really requires multiple mindset shifts, such as “you gotta work hard to make more money” (thus trading money for time, etc).

The idea and concept of value are also very fascinating. What is valuable to you may not be valuable to someone else, and that’s perfectly fine. Which is why exchange is possible.

Okay I have to go now and I would love to hear from you! Do you have any important or interesting lessons that you have learnt from buying and selling cryptos? Leave a comment or share this post 🙂