Interview With Xeo Lye: Learn Cryptocurrency From Board Games!

6 Proven Investments You Can Make to Protect Yourself from Inflation

Bitcoin Cash and the Road Ahead

Barely just a year old, the Bitcoin offshoot- Bitcoin Cash (BCH) has already seen a lot of action. Despite its age, it has managed to achieve a multi-billion-dollar valuation. Currently, it is the 4th largest and highest valued cryptocurrency, behind Bitcoin, Ethereum and Ripple.

But first, a brief history lesson. Bitcoin Cash began as a solution to solve two of Bitcoin’s foremost problems: speed and cost. All of this stem from Bitcoin’s blocksize: the maximum storage a data occupies in a block. The current Bitcoin algorithm allots 1 MB worth of data per block. The reason being anything bigger was at the time unneeded and more technically challenging.

When Bitcoin and other cryptocurrencies exploded, the 1 MB blocksize suddenly became a limiting factor. The smaller blocksize meant smaller transactions are processed per block. This equals to slower transaction times, and higher transaction fees as more blocks need to be mined. This made Bitcoin hard to scale and made it harder to do everyday transactions with.

Bitcoin Cash as a Solution

Several solutions have been proposed and tested out, resulting in multiple forks. A fork is basically the branching of an existing blockchain into an entirely new chain, following new rules. It is the currently only known way of changing a cryptocurrency’s code. Some forks, like Bitcoin Unlimited, solved the problem but introduced others, which most see as unacceptable.

So, an army of miners led by Roger Ver came up with Bitcoin Cash. The new fork increased the block size from 1 MB to 8 MB. It is their goal to increase Bitcoin Cash’s transaction volume to compete with other payment systems like PayPal. This is in keeping with Bitcoin’s original vision of a widespread, usable digital currency.

And it has so far done a good job as an improving on Bitcoin (transaction per second)TPS , thus raising its value. In a short amount of time, it has managed to climb beyond a multi-billion-dollar valuation. It even, at one time achieved #2 status, with a valuation surpassing $30 billion. It is currently listed at some prominent exchanges, with a dedicated community behind it. But is it accomplishing what it set out to do and ultimately worth all that value?

What follows is a sort of Bitcoin cash review. Indications are, BCH is still far away from mainstream adoption. Right now, Bitcoin Cash is still more of an investment currency more than a practical one. Not many substantial real-life applications exist for Bitcoin Cash yet, although there are some initiatives here and there.

Adoption of Bitcoin Cash by retailers is also at an all -time low. Analysts point to the fact that only a few users hold more than 50% of Bitcoin Cash. Of those, two hold an estimated $55 million in value. There are generally fewer holders of Bitcoin, hence less usage.
In terms of the top cryptocurrencies transacted, Bitcoin Cash is slipping off the radar as shown by this chart below:

The numbers speak for themselves. The total value of Bitcoin Cash transactions fell to $3.7 million last May from a high of $10 million. Bitcoin, in comparison, lost a high of over $412 million, and is now a little under $60 million.

But this situation, Bitcoin Cash’s proponents say, is true of all cryptocurrencies, not just Bitcoin Cash. Experts attribute low adoption to a lack of proper infrastructure. General fear and misunderstanding, or being burned by some negative news, is also a big factor.
Its promise of speed is also an unproven claim. Right now, Bitcoin Cash has not proven yet that it can deliver speed at mainstream levels as advertised. A stress test is currently being performed on Bitcoin Cash and remains to be seen if the results are favorable.

Not that it’s needed yet: the number of transactions involving Bitcoin Cash is far less than that of Bitcoin. More so, that the benefit of the bigger blocksize Bitcoin Cash touts isn’t yet convincing. The benefits have not been reaped, because they are still unproven.

As with any emerging technology, the cryptocurrency space is a very crowded and competitive one. Everyone is trying to solve the holy grail of scalability, with promising results. QuarkChain and Zilliqa aims to create a scalable and secure cryptocurrency by utilizing sharding and other defining technologies.

There are also concerns with Bitcoin cash mining. With the bigger block size requiring more computing power, it might favour bigger, well-funded miners. Critics fear this might lead to a concentration of power to a few entities, completely going against decentralization. Decentralization is a core tenet of cryptocurrencies and prevents anyone from controlling the system.

Speaking of security and privacy, that too, is a major concern. Since Bitcoin Cash is a derivative of Bitcoin, the former inherits the privacy and security of benefits of the latter. It has for quite some time been the major advantage why people get into cypto in the first place. But lately, this has not been the case.

New inventions now provide a lead on how crypto transactions can be tracked. Authorities can now use a technique called Chain Analysis, which allows them to detect patterns and build records from transactions. Privacy may soon be not Bitcoin’s thing anymore, and Bitcoin Cash inherits this, too.

The challenges notwithstanding, that is not to say there is no potential for Bitcoin Cash; there is a lot. For it to survive, it needs to get people and corporations to use and mine the currency, establish practical usage, and reach critical mass.

It also needs to be at the forefront further improving scalability and transaction speed, as everyone is going after it these days. Only then will Bitcoin Cash deliver on its promise of a secure and fast alternative to fiat currency.

In summary, right now, it looks like the more than a billion-dollar value foisted on Bitcoin Cash is exaggerated. This looks grounded more on speculation and on its future potential.

Bitcoin Cash needs to pursue improvement processes and perform as advertised if it hopes to warrant its high capitalization. Otherwise, it will fizzle out and just be another fork in the road to scalable and usable digital currencies.

About the Guest Author 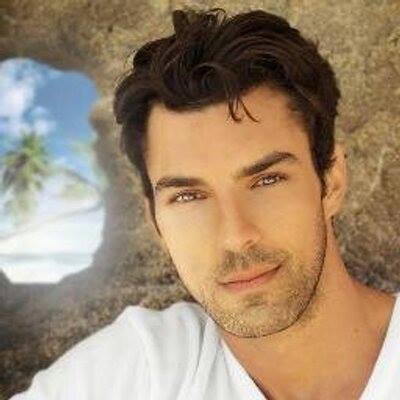 Stevan Mcgrath is a Bitcoin and cryptocurrency Enthusiast, passionate about the potential these tools and blockchain technology brings to the world.

He has been following the development of blockchain for several years and practices trading for experimental and analytical purposes.

A Diamond Is Truly Forever, With Pure Diamond!